Civic Force was established in 2009 in response to large-scale disasters in Japan and to provide timely and effective emergency assistance through collaboration between companies, NPOs, and governments.

The 2004 Chuetsu Earthquake in Niigata, Japan prompted the founding of Civic Force. Building collaborative partnerships between various stakeholders during non-emergency times is key in delivering needed support to affected people in emergencies. Civic Force is committed to serving as a platform for such partnerships.

During the 2011 Great East Japan Earthquake, Civic Force dispatched helicopters the day after the disaster hit to begin emergency assistance. This rapid deployment was made possible with over 300 million yen (US$ 2.7 million) that poured in within just three days. Businesses also stepped in and provided goods and logistical support. Since then, Civic Force has been responding to natural disasters all across Japan.

In December 2019, Civic Force participated in the establishment of the emergency disaster support project "Airborne Rescue and Relief Operations With Search” (ARROWS) and began building a more effective response mechanism to save more people.

Disasters occur every year. but Civic Force is prepared and ready to act. Thank you for your continuous support. 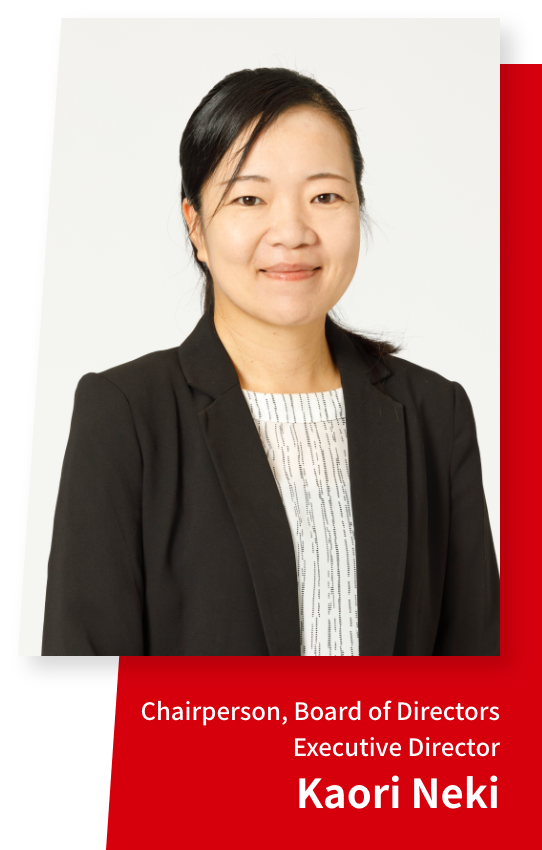 Collaborate with one another and build a disaster resilient society through the power (“Force”) of civil society (“Civic”).

To recognize the needs of each affected individual and provide timely and effective assistance.

Civic Force is an organization that provides timely and effective emergency response and coordinates with the private sector, NGOs, and local governments in large-scale disasters. Leveraging each stakeholders’ strengths and resources, Civic Force delivers the most needed assistance to the affected areas. Civic Force also supports building a disaster-resilient society by connecting affected communities and sharing lessons learned and best practices.

Civic Force acts as a coordination body to leverage resources brought by the private sector, NGOs, and local governments. 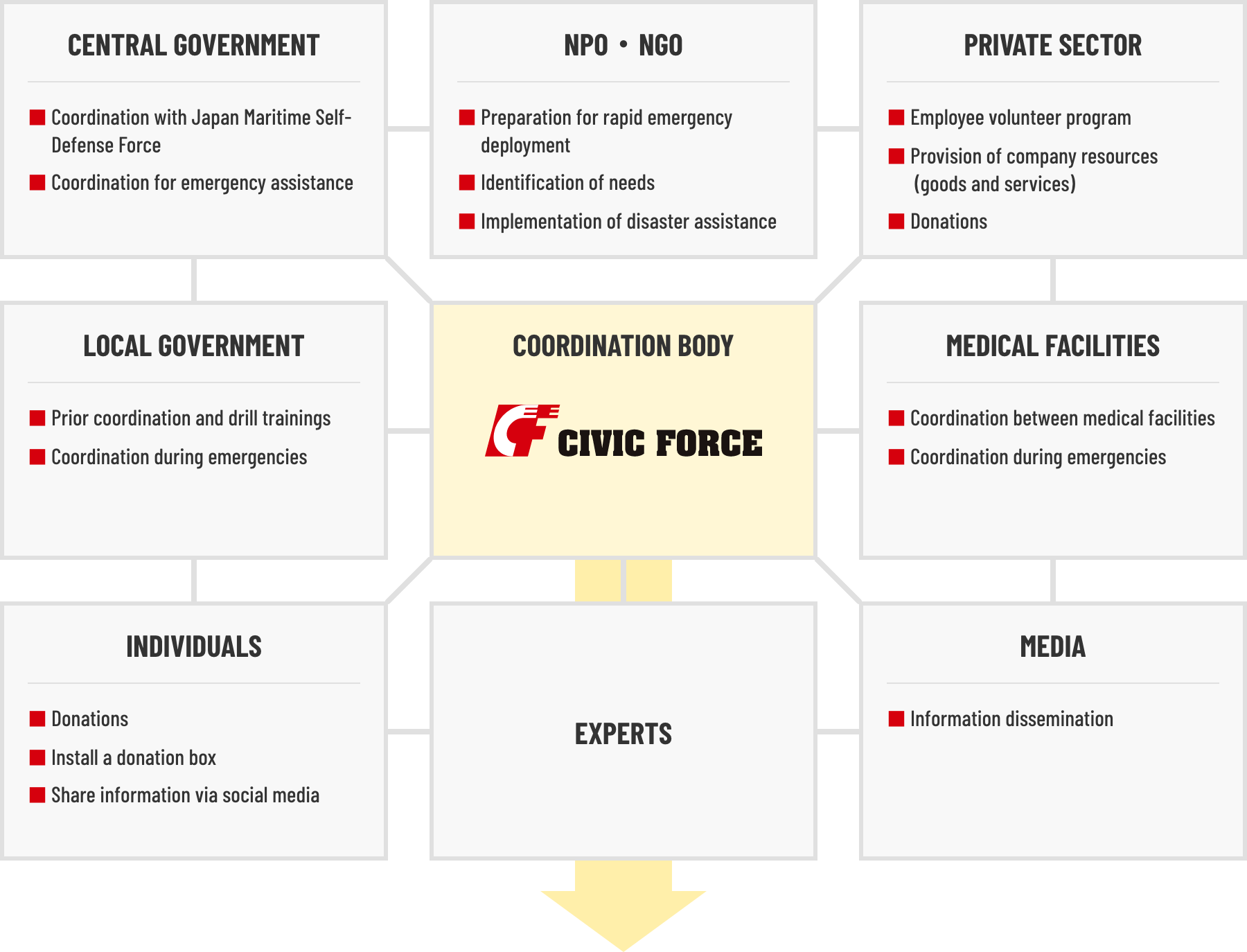