One month has passed since the large-scale mudslide in Atami, Shizuoka Prefecture. In extreme heat, the authorities are still looking for five missing people. As of August 3, 2021, 300 local residents reside at two evacuation centers in Atami. Search operations have decreased and access restrictions have been lifted in many areas. More residents are now able to go home, however, the challenge to reconstruct their lives has only just begun.

Civic Force arrived in Atami on July 5 and began providing relief assistance in Izusan and evacuation centers as detailed below: 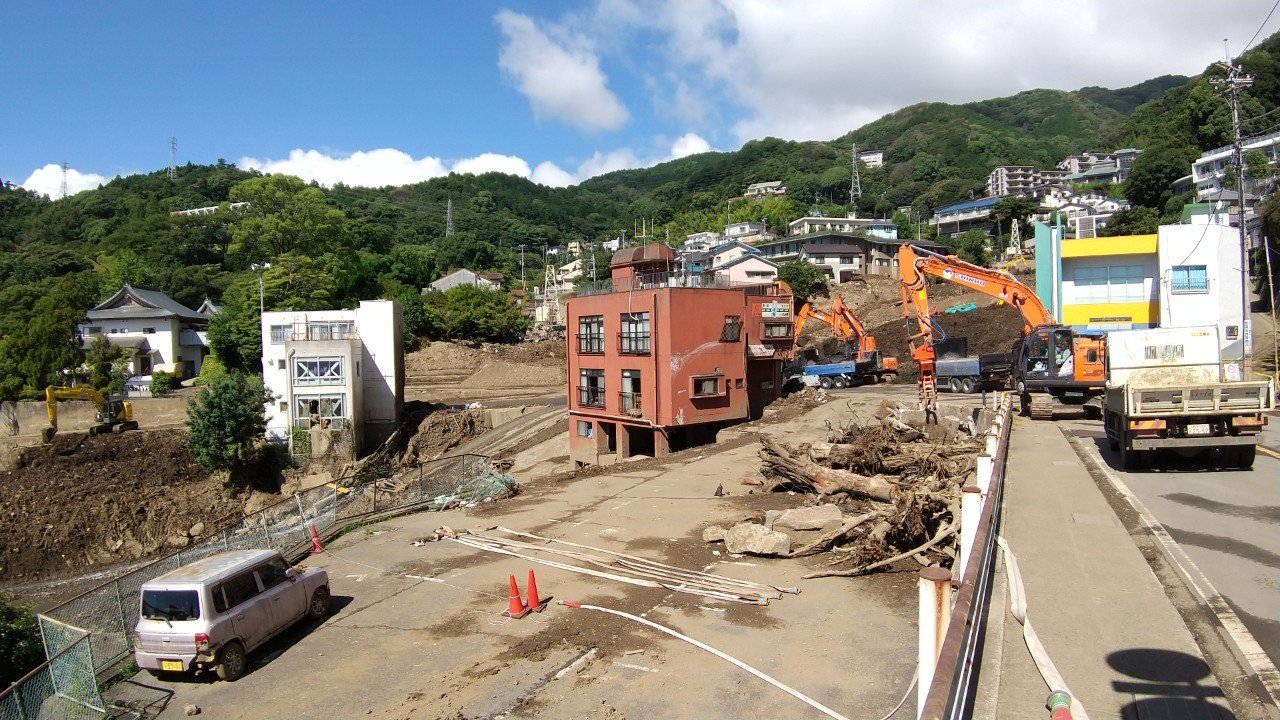 "School and after-school programs are further away now and commuting has become very difficult." A needs assessment conducted by Civic Force revealed the difficulties students are facing and Civic Force launched a free shuttle bus service for students on July 19. The shuttle service is operated in collaboration with Atami Dai-ichi Kotsu three times per day. 90 students have benefited from the service. 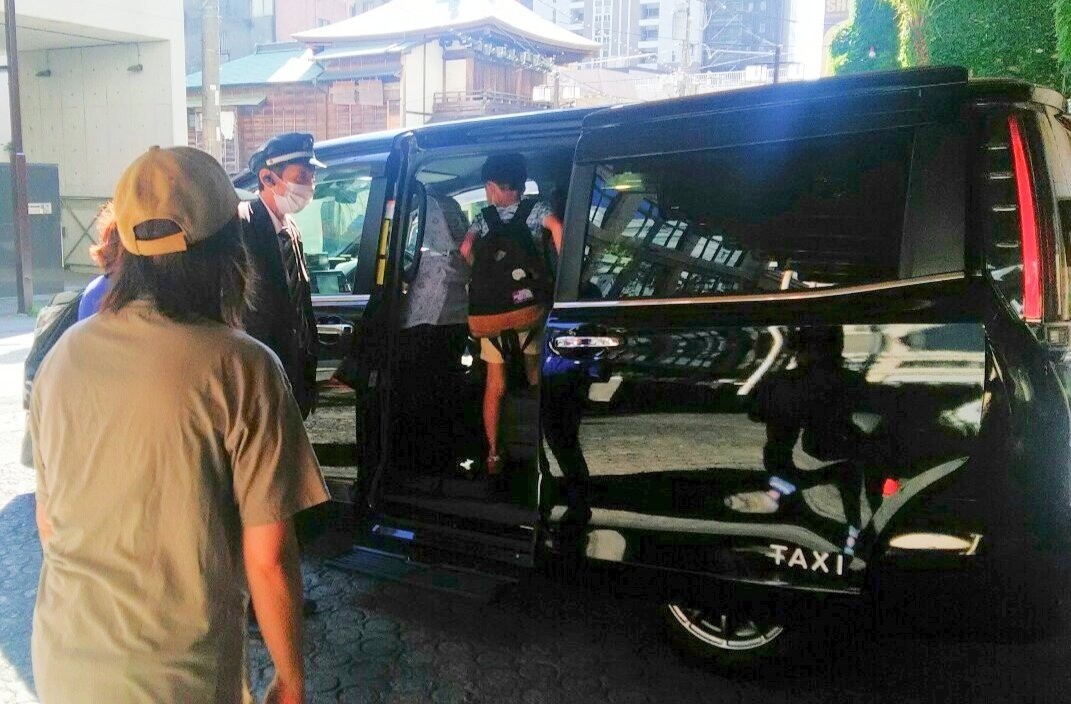 Civic Force is distributing free taxi vouchers for affected people with no means of transportation (1 set/1,000 yen for six tickets). On July 21, Civic Force and local volunteers begun distributing the tickets at two community centers. Shortly after the distribution began, Civic Force decided to distributed the tickets at four additional locations at the requests of the local residents. 102 people used the service between July 27 and August 2. This voucher service is also operated in collaboration with Atami Dai-ichi Kotsu. Beneficiaries have told us, "I can go to my hospital with these tickets" and "I was withdrawn and stayed home but now I feel better." Civic Force also found more needs for the expanded ride service. The idea of this service came from a similar taxi ticket service provided by Civic Force in Saga during the rain disaster in August 2019. 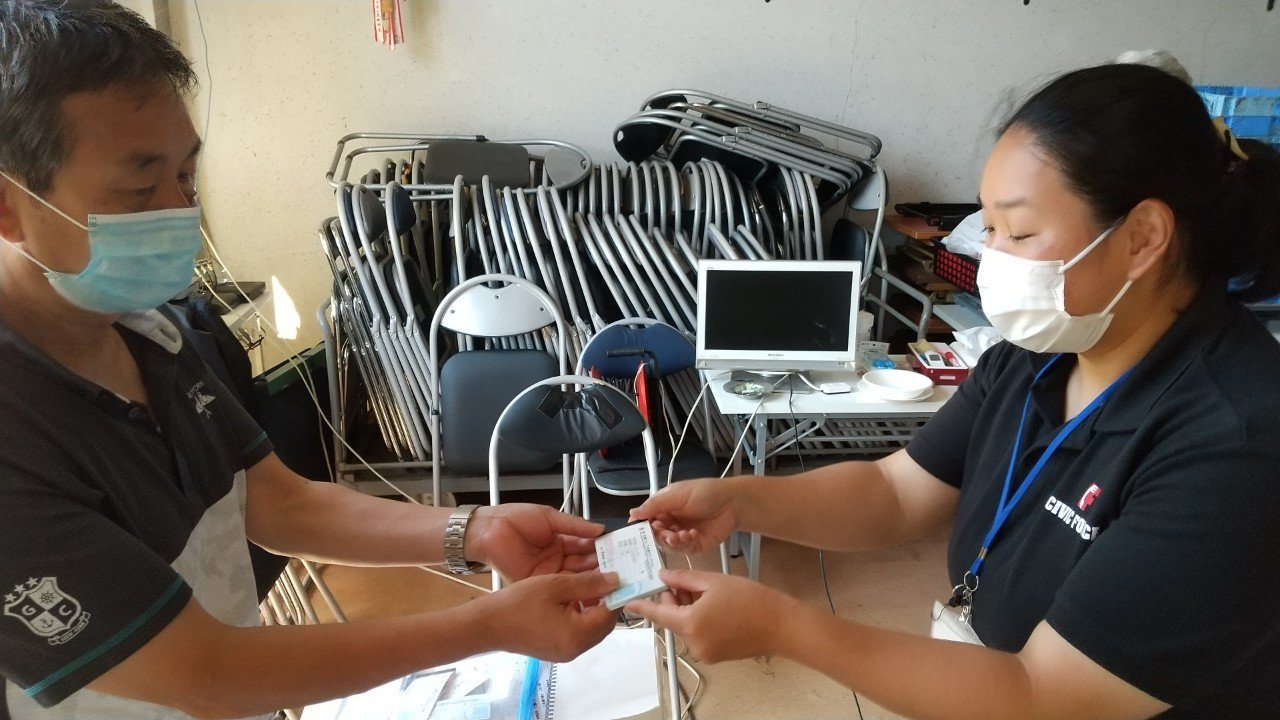 On July 23-31 during major road closures, Civic Force operated a free shuttle bus service in the affected areas. Eight bus stops were chosen based on the needs assessments connecting evacuation centers and shopping areas. Many elderly and people with physical disabilities benefitted from the service. The beneficiaries provided positive feedback:

"Meals we received were oily and I wanted to go buy fresh produce."

"The service was helpful because there were limited buses available and it was getting difficult to go shopping."

This service was provided in partnership with Nico Bus. 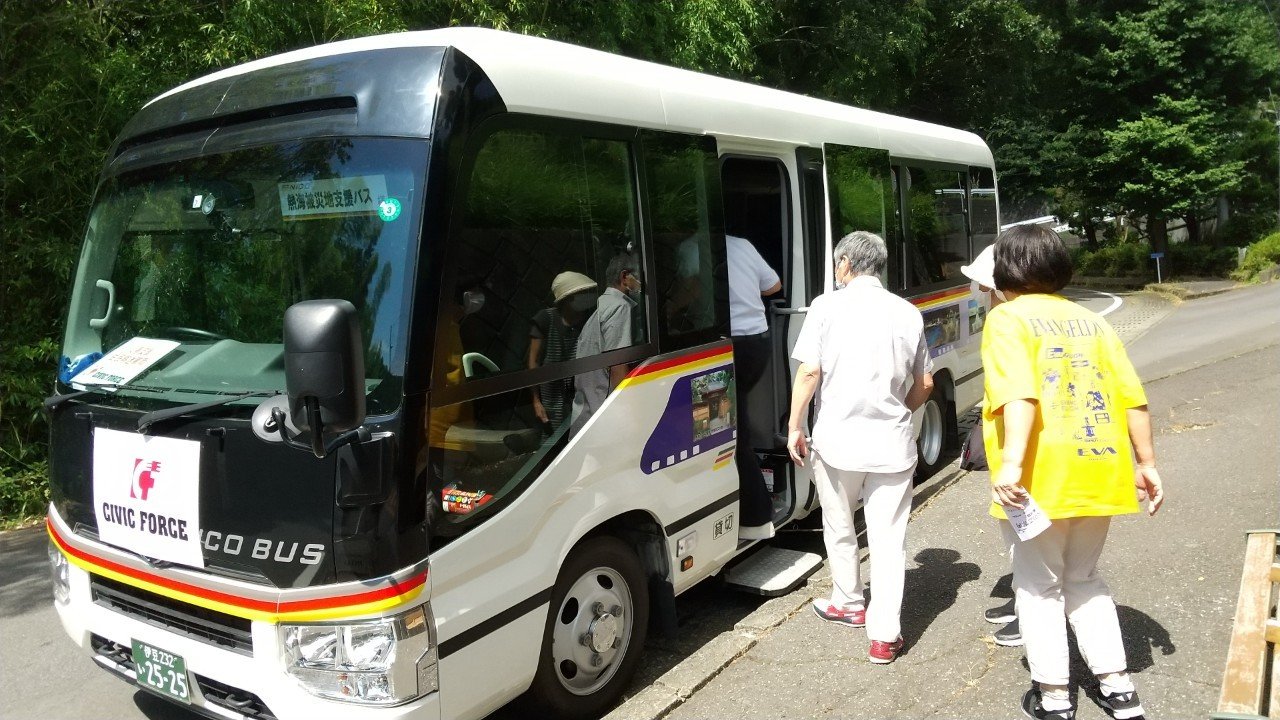 "I lost school supplies in the mudslides."

"I went back home to see if there is anything left that we can still use. Clothing and school supplies were all ruined."

In response to the needs of students who lost everything in the mudslides, Civic Force provided 90 sets of school supplies to affected students. Supplies included gym clothes and shoes. The distribution was conducted in partnerships with the local school board, school co-op, and local school supply shops in order to provide much needed items for each of the students. Atami Middle School Vice President Mr. Deguchi said, "We are very thankful for the speedy delivery. The students will be very happy. I am sure this support will be part of healthy psychosocial care."

The needs assessment also found that many students may be experiencing anxiety and stress from the disaster. Civic Force is working with partner organizations working on providing safe spaces for children. 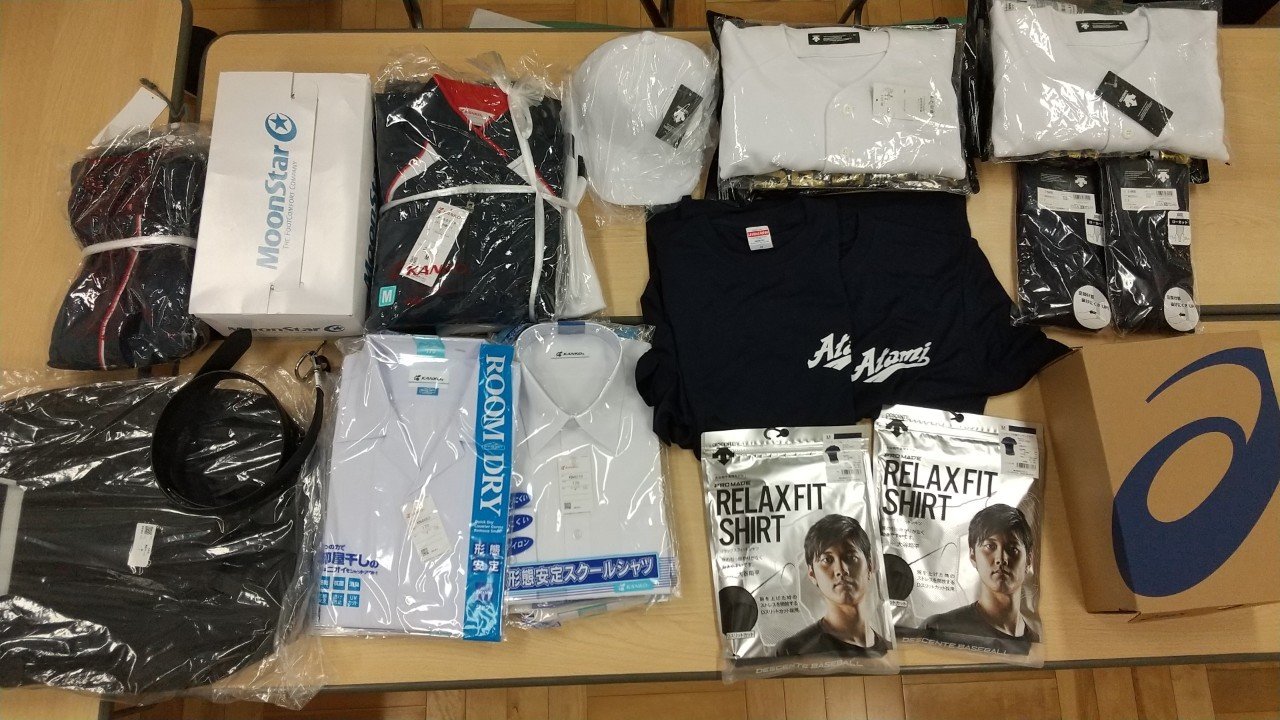 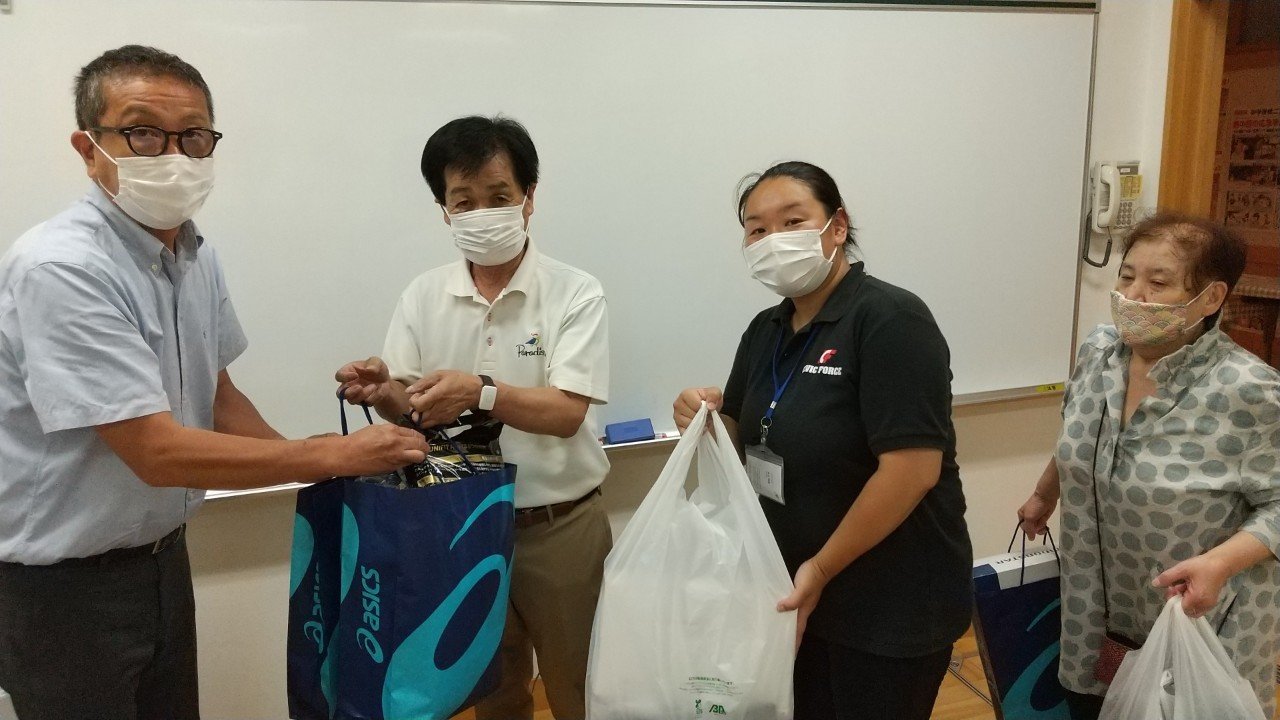 Restrictions have been lifted in some areas and volunteer activities began on July 21. According to the Atami Disaster Volunteer Center, as of July 15, 3,790 volunteers have registered to help. However, the activity areas are limited and 15 to 20 volunteers from the list are participating in clean-up work. Civic Force will be providing safety helmets, tarpaulin, and flashlights to the affected households. 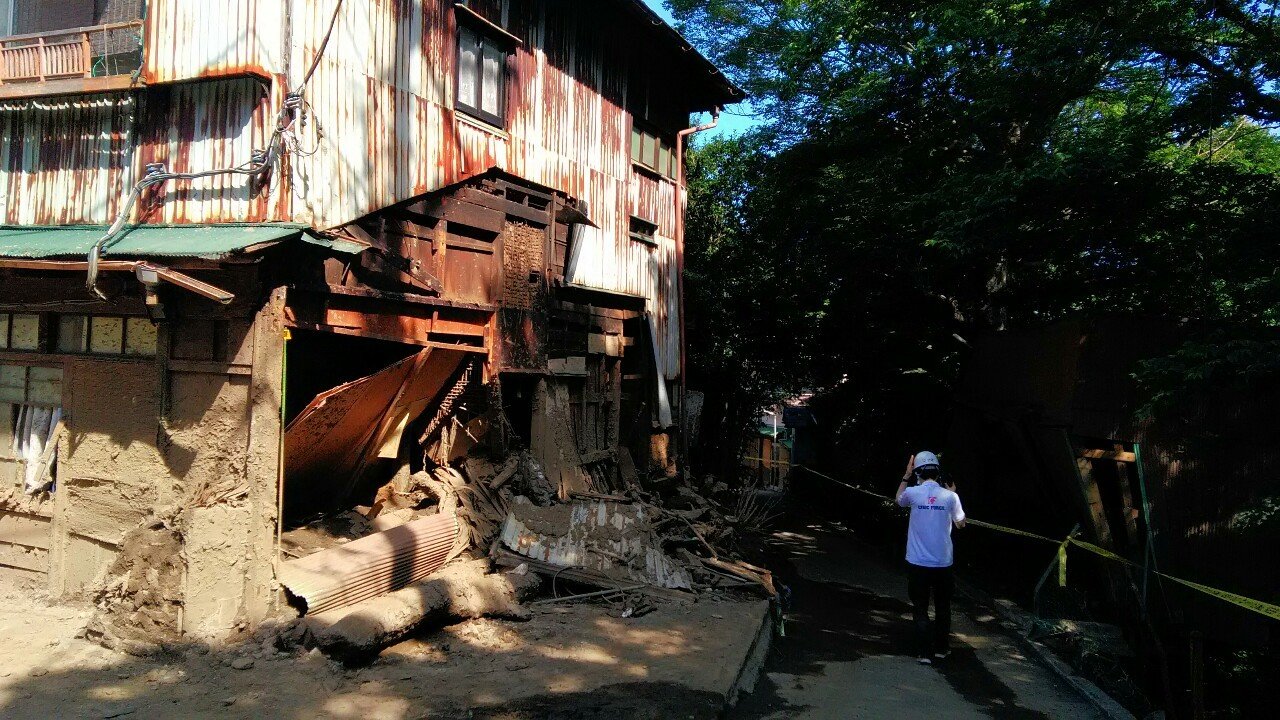 At the request of a ward that was cut off from the access road, Civic Force provided 215 hot meals on July 10 and 11 through local partners. Hot meal distribution is conducted together with local young adult groups and volunteers from Atami. 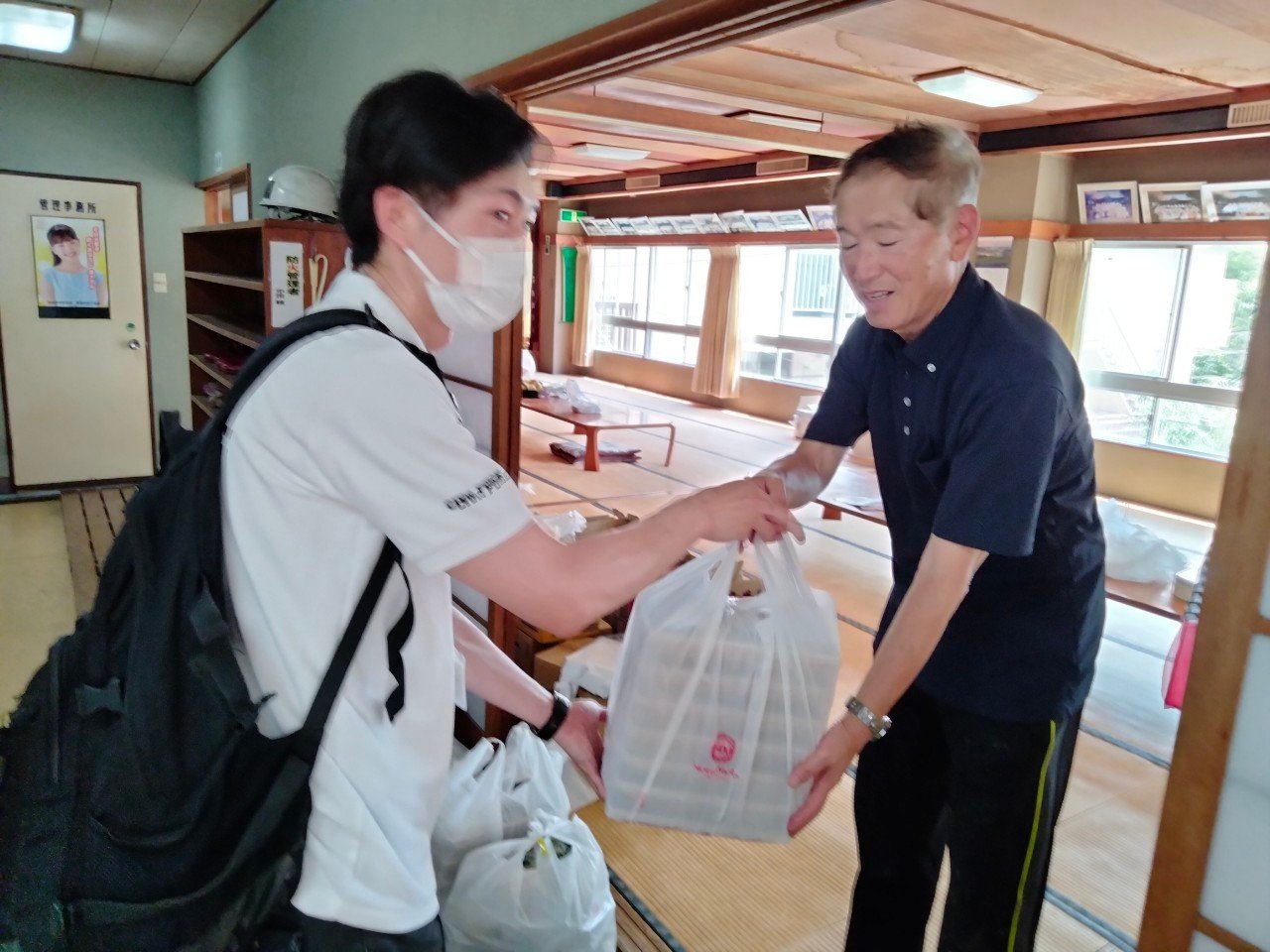 Civic Force has delivered the following relief items to the affected people: 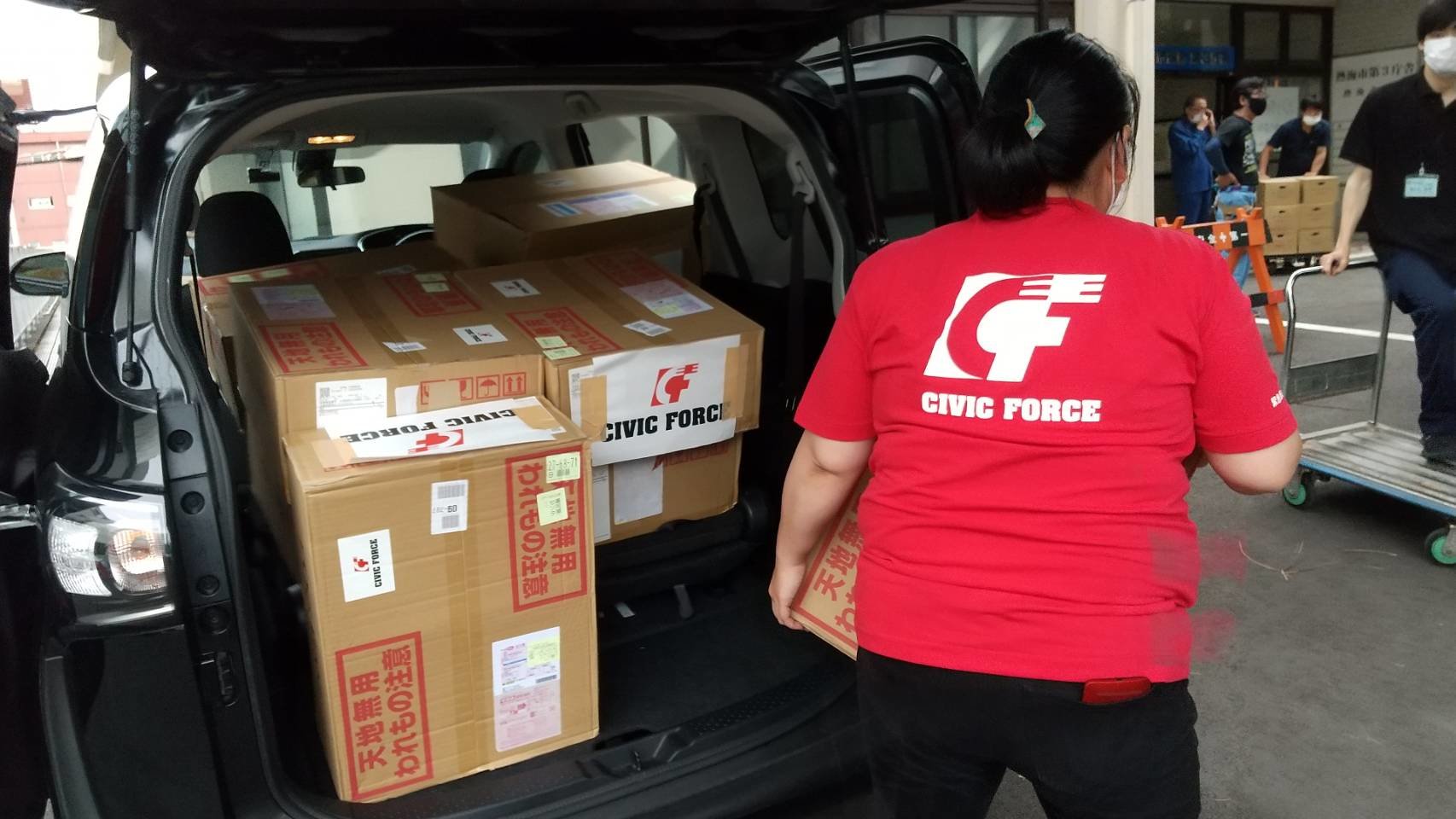 Civic Force's activities in Atami are supported by your generous donations. Thank you for your continuous support.