On August 17, Civic Force distributed free taxi vouchers in Omachi, Saga Prefecture as it was heavily affected by the recent heavy rains. The vouchers will be used by the affected residents who lost their means of transportation due to the disaster. The vouchers were distributed at three evacuation centers. 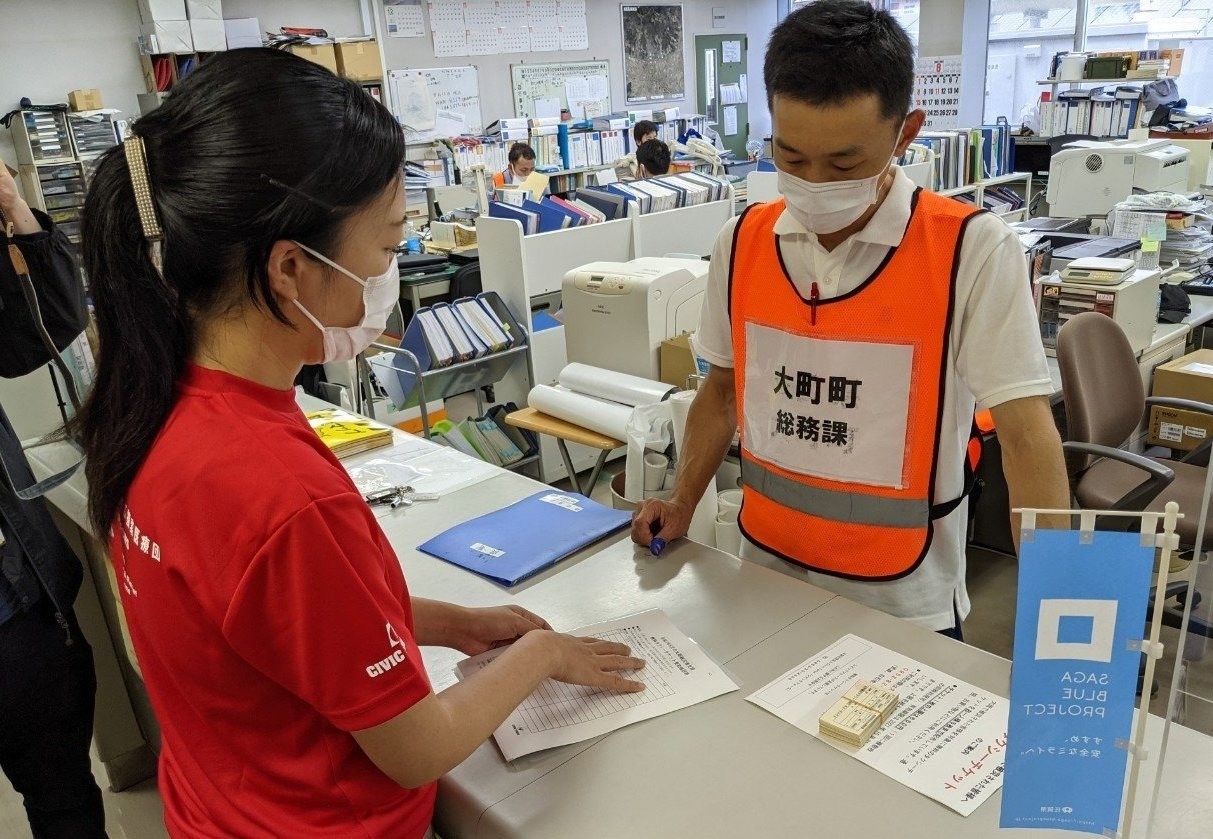 This first round of 100 voucher distributions was completed on August 17 and Civic Force is planning on issuing more vouchers as needs arise. Up to five tickets are available per person and a rider can claim JPY 650 (approximately $6) per ticket. The vouchers are valid until October 31, 2021. This free taxi voucher program is made possible by a partnership with Omachi Tourism Taxi. 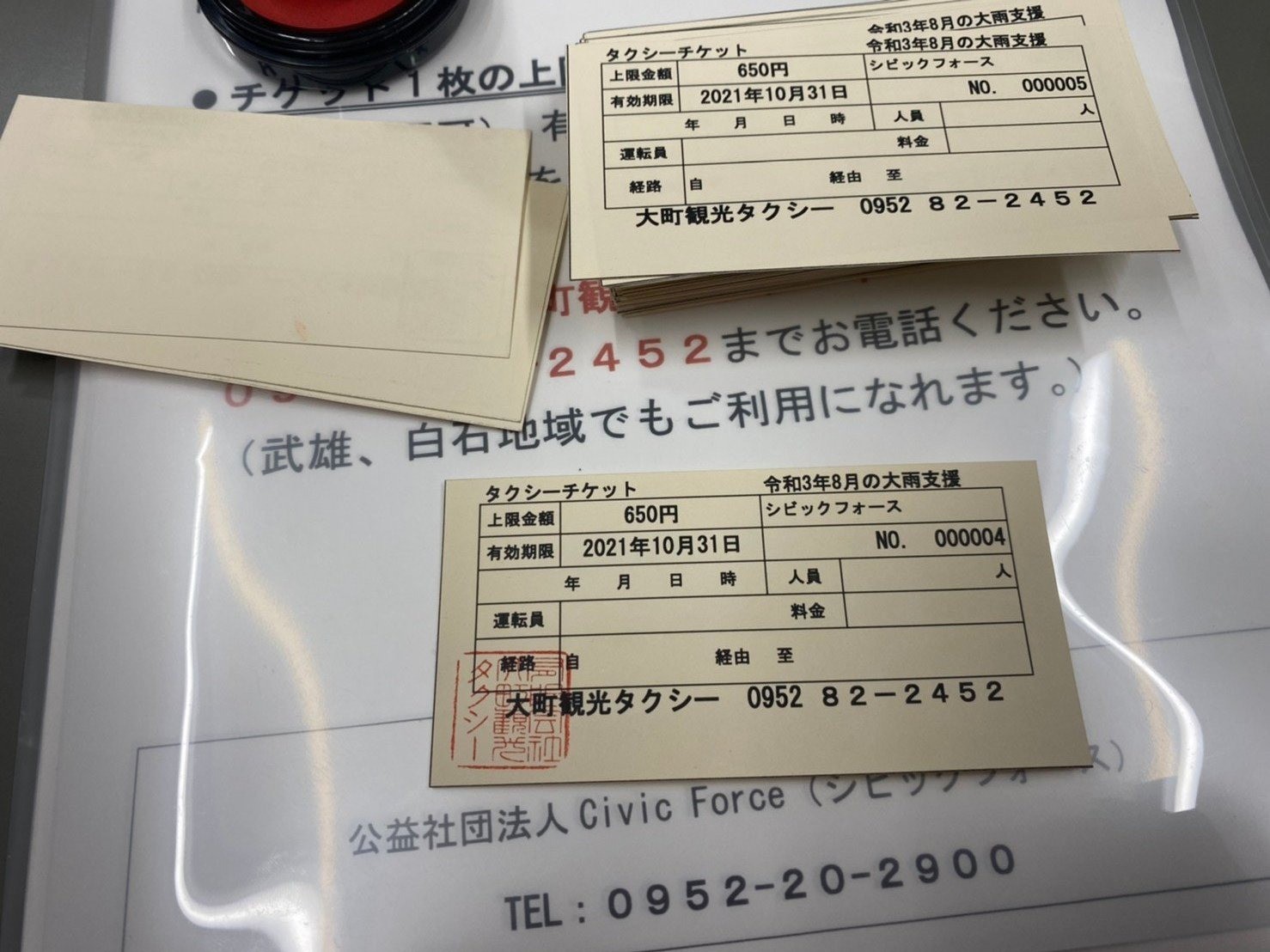 Civic Force has been distributing emergency relief and food items in Omachi and Takeo since August 15, 2021. During the heavy rain disaster in 2019, Civic Force also distributed free taxi vouchers. Building on the experience and at the request of the affected residents, Civic Force decided to begin distributions earlier.

Omachi Tourism Taxi, located by a major highway, was flooded in 2019 and again in 2021. However, their vehicles were transported to a safe location in advance. Though many vouchers were lost in the water, Civic Force assisted issuing new vouchers for this free ride service.

We are now receiving donations through Furusato Nozei. Thank you for your continuous support.