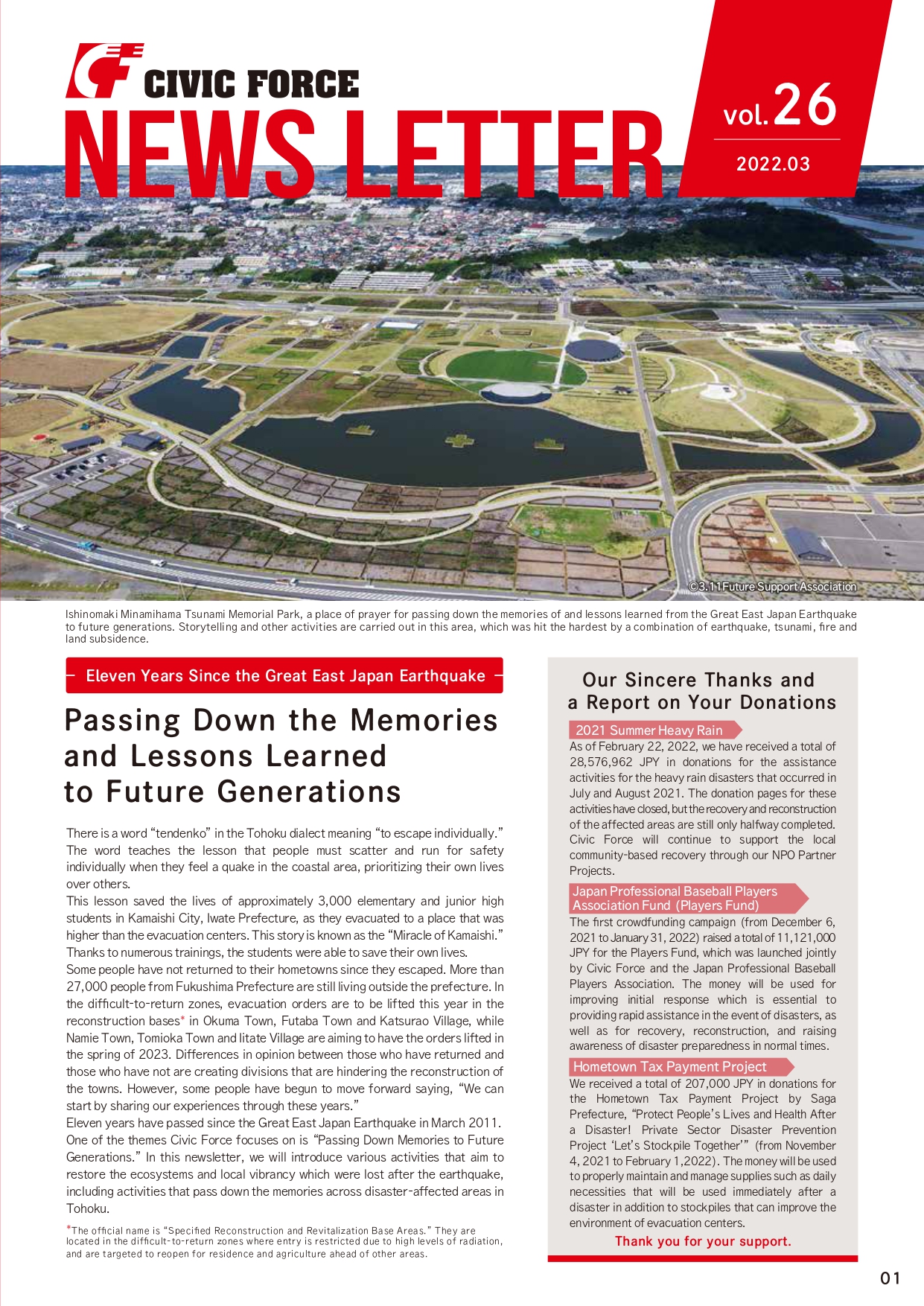 There is a word “tendenko” in the Tohoku dialect meaning “to escape individually.” The word teaches the lesson that people must scatter and run for safety individually when they feel a quake in the coastal area, prioritizing
their own lives over others.

This lesson saved the lives of approximately 3,000 elementary and junior high students in Kamaishi City, Iwate Prefecture, as they evacuated to a place that was higher than the evacuation centers. This story is known as the “Miracle of Kamaishi.” Thanks to numerous trainings, the students were able to save their
own lives.

Some people have not returned to their hometowns since they escaped. More than 27,000 people from Fukushima Prefecture are still living outside the prefecture. In the difficult-to-return zones, evacuation orders are to be lifted this year in the reconstruction bases* in Okuma Town, Futaba Town and Katsurao Village,
while Namie Town, Tomioka Town and Iitate Village are aiming to have the orders lifted in the spring of 2023. Differences in opinion between those who have returned and those who have not are creating divisions that are hindering the reconstruction of the towns. However, some people have begun to move forward saying, “We can start by sharing our experiences through these years.”

Eleven years have passed since the Great East Japan Earthquake in March 2011.
One of the themes Civic Force focuses on is “Passing Down Memories to Future Generations.” In this newsletter, we will introduce various activities that aim to restore the ecosystems and local vibrancy which were lost after the earthquake, including activities that pass down the memories across disaster-affected areas in Tohoku.

*The official name is “Specified Reconstruction and Revitalization Base Areas.” They are located in the difficult-to-return zones where entry is restricted due to high levels of radiation, and are targeted to reopen for residence and agriculture ahead of other areas.