Coastal cities in the Tohoku Region are facing a shortage of fishermen.

Hakozaki Peninsula, located in Kamaishi, Iwate Prefecture, is no exception. Hakozaki is a fishing village where the majority of the residents are in the fishing industry. "Many of the fishermen in our area are in their sixties and seventies. We have some young fishermen but there are not many of us who are in their forties and fifties," Mr. Keita Sato said. Mr. Sato is the head of NPO Ohakozaki Civic Meeting, a group that aims to train future fishermen. Mr. Sato became a fisherman this spring, working under a veteran fisherman. 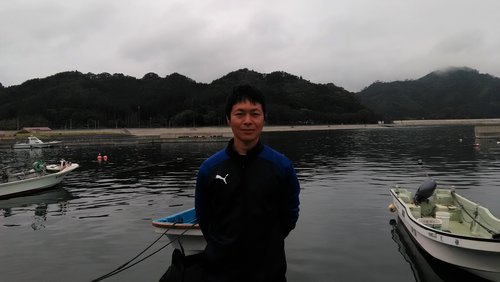 Ohakozaki Civic Meeting works in eight fishing villages in Kamaishi, areas known for their sea urchin, abalone, sea scallop, and seaweed. In addition to the Great East Japan Earthquake costing countless lives and destroying homes, it also swept away fishing boats and many fishermen had to give up on their livelihood. After the disaster, Ohakozaki Civic Meeting was launched by leaders in Kamaishi to implement community rebuilding activities, production of local specialities, and fisherman training. Similarly to other regions, the villages are facing an aging fishermen population. 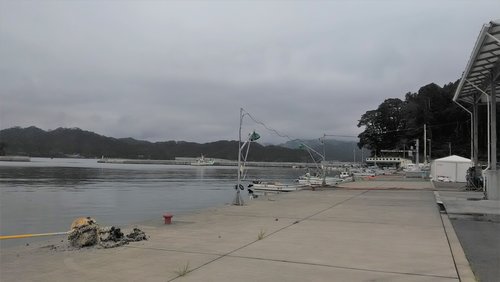 Ohakozaki Civic Meeting's fisherman training focuses around providing elementary and middle school students with field studies. The training includes tours around fish farms and riding on fishing boats, cleaning scallop shells, collecting seaweed, and doing other seasonal activities. Many students are surprised by the size of scallop shells and riding the fishing boat is the most popular activity. The municipality conducts tours for adults and new residents, however, Ohakozaki Civic Meeting focuses on educating the younger generation. "Students will not even consider fishing as a career option unless they get to learn about it when they are younger," said Mr. Sato. Mr. Sato and his team actively welcome students in and outside of Iwate Prefecture. 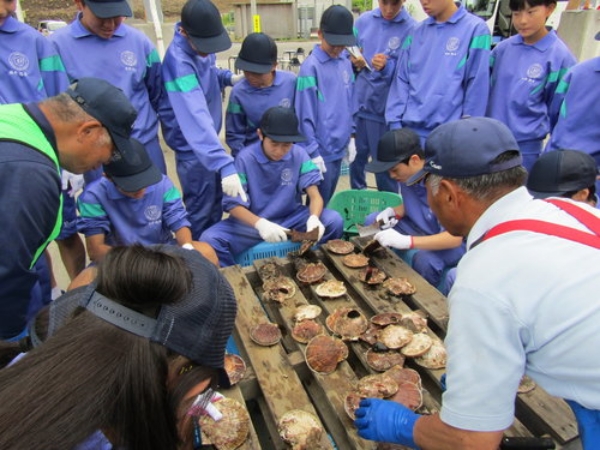 Children who live in coastal areas do not always get opportunities to experience fishing. Many in their parents' generation are not in the industry, thus fishing has become less familiar. After the disaster, the coastal areas were closed for rehabilitation and many children lost access to the ocean. Less fish appeared on the dinner table and most of the locally caught fish were sold to other parts of the country - these instances only compounded the issue of children not being exposed to fishing. "We might think that unstable income and hard work associated with fishing are some of the reasons why there are fewer fishermen. However, I think children do not even know what fishing is like as an occupation," Mr. Sato suggested. "Some fishermen even tell their children not to get into the industry because of those reasons. I was also told by others not to pursue fishing because of how hard it would be."

Across the country In recent years, a decline in the number of fish caught has been an issue. In Kamaishi, the fishery is experiencing a decline in the amount of salmon and an increase in the level of poison in scallops due to an environmental change in the sea brought after the disaster. As the world's population increases, the demand for fish also goes up, however in Japan, people are eating less fish and the value of seafood remains low. Last year, the restaurant business was crushed due to COVID-19. Revenue remains inconsistent but maintenance costs continue to soar with high fuel costs.

Ohakozaki Civic Meeting has worked on product development, tourism promotion, and seafood sales to stabilize the income of the fishermen. The fishing community is growing by building capacity in fish farming and releasing fish and recognizing the importance of training the next generation of fishermen. "You get to work in a rich environment and culture, the fishery is meaningful work." Mr. Sato hopes to introduce the importance and fun aspects of the fishery to children and promote fishing as a future career. 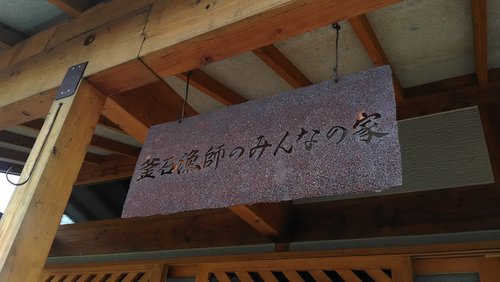 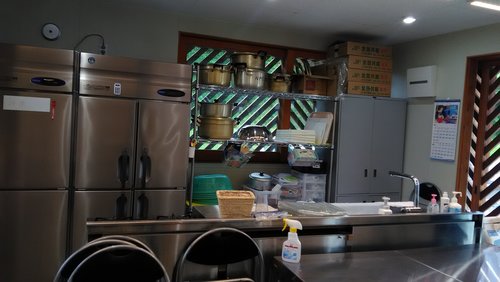 ＜During events and gifting seasons, the office is used to produce seafood products＞

Mr. Sato believes another hurdle for young people to become fishermen is the process. "It is crucial to become a member of the community to become a fisherman." Prospect fishermen must join the local fishery association and obtain a fishing license. Eligibility to receive the fishing license includes a ninety-day training. Some take over the family business and others who are new to the industry must partner with a veteran fisherman. It is crucial for new fishermen to join the community and learn from veteran fishermen. Joining a seafood company is another way to become a fisherman. Both processes require becoming a member of the community.