News Letter Vol.27 is Now Available -Preparing for the next major disaster 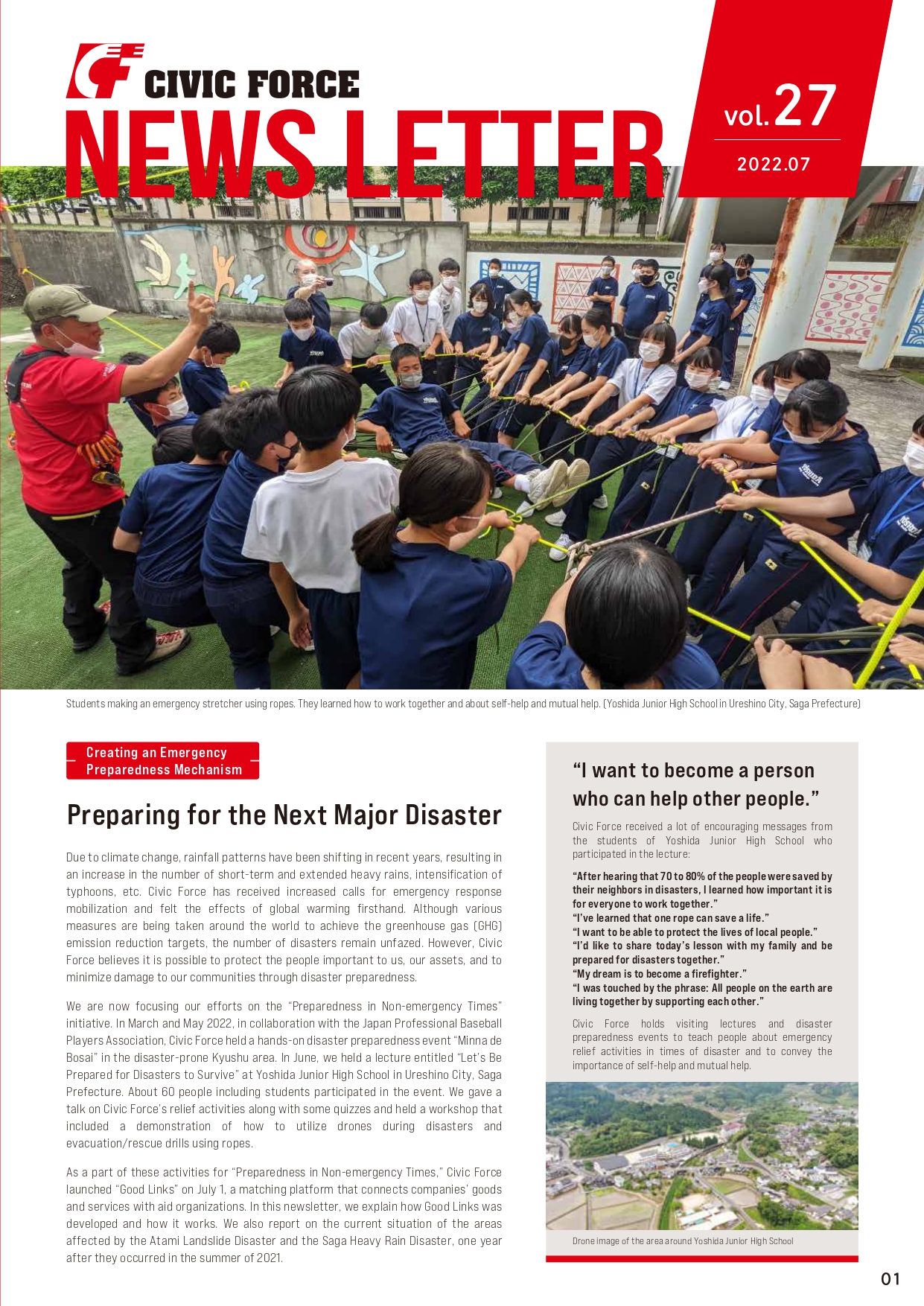 Due to climate change, rainfall patterns have been shifting in recent years, resulting in an increase in the number of short-term and extended heavy rains, intensification of typhoons, etc. Civic Force has received increased calls for emergency response mobilization and felt the effects of global warming firsthand. Although various measures are being taken around the world to achieve the greenhouse gas (GHG) emission reduction targets, the number of disasters remain unfazed. However, Civic Force believes it is possible to protect the people important to us, our assets, and to minimize damage to our communities through disaster preparedness.

We are now focusing our efforts on the “Preparedness in Non-emergency Times” initiative. In March and May 2022, in collaboration with the Japan Professional Baseball Players Association, Civic Force held a hands-on disaster preparedness event “Minna de Bosai” in the disaster-prone Kyushu area. In June, we held a lecture entitled “Let’s Be Prepared for Disasters to Survive” at Yoshida Junior High School in Ureshino City, Saga Prefecture. About 60 people including students participated in the event. We gave a talk on Civic Force’s relief activities along with some quizzes and held a workshop that included a demonstration of how to utilize drones during disasters and evacuation/rescue drills using ropes.

As a part of these activities for “Preparedness in Non-emergency Times,” Civic Force launched “Good Links” on July 1, a matching platform that connects companies’ goods and services with aid organizations. In this newsletter, we explain how Good Links was developed and how it works. We also report on the current situation of the areas affected by the Atami Landslide Disaster and the Saga Heavy Rain Disaster, one year after they occurred in the summer of 2021.